“Some of the most impressive shit Brian De Palma has ever shot. A continuation of the ideas and themes seeded in Redacted by way of Passion’s aesthetic adventures. Definitely not the film it was originally supposed to be, but in a weird way the fragmented quality only makes it more intriguing. I pity the poor bastards who tried to market this as a straight action thriller.”

“Whew. Clearly botched but still manages to be one of the most formally creative and impressive action/thrillers of the past few years. The final neon-drenched set-piece (mostly in slow motion) is truly something to behold.”

“90s De Palma with the political intrigue of Redacted. I’m glad this finally came out, this film is fantastic.”

“CLEARLY compromised yet despite this still manages to be one of De Palma’s best. Almost feel’s like if an amazing director tried to make a thriller in the style of The Room, but as crazy as that sounds it fucking works. This film is pure camp combined with De Palma’s masterful filmmaking. If we ever get his cut, it could truly be a perfect film.

PS: Features the greatest use of split screen in cinema.”

“Woefully troubled behind-the-scenes. Basically a hunk of scraps, but what scraps! (…) Starts as a Hitchcock riff and ends in a neon slow-motion reality of bodies disconnected from their own frame-of-reference, liberated towards a new plane of action and movement.” 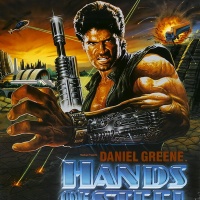